For her third solo show at Galerie Jocelyn Wolff, Isa Melsheimer is presenting a projectcentered on architect Le Corbusier (1887 – 1965) and his relationship, during the beginning of the 2Oth century, with a Parisian collector, Charles de Beistégui.In Paris during the 1920s, Charles de Beistégui, a fervent admirer of surrealism, asked Le Corbusier to build him an apartment, which would serve exclusively for parties. Unlike Charlesde Bestégui, the architect’s interest in surrealism was limited. The result: an apartment near the Champs-Elysées having no roof, a living room directly open to the sky, and furnished only by a fireplace. The walls were limited to 1.5 meters in height toparcel the view of certain places. For example, from one perspective, the walls allow only theupper half of the Arc de Triomphe to be seen, and from another perspective, only an upper section of the Eiffel Tower was visible. The walls could be displaced using an electrical remotecontrol, however the apartment itself had no electricity and, consequentially, was lit with candles. This apartment no longer exists today.Through the works in this exhibition, Isa Melsheimer searches to become aware of the odd relationship that united the two men during the duration of their project. Using very different mediums such as concrete, embroidery, and gouache, the artist strives to bring to the forefront a rather surprising result, for the apartment made by Le Corbusier is actually close toa surrealistic installation. Two concrete sculptures recreate two important points of the “roof-garden”. A wax sculpture on the floor made from burning candles night after night and sculpted by the wind refer to the space’s candlelit evenings. On a “Paris” scarf bought in a souvenir shop, Isa Melsheimer embroidered the map of Paris, an allusion to Le Corbusier and his schematic and naïve vision of the city. A step down to the lower, second exhibition space, the artist has chosen to create a more intimate atmosphere. A bird posted on a “tree” limb made from glass and perched near the wall conjures the apartment’s only “occupant”. Two large, kitsch embroideries take on details of the view of the Eiffel Tower and the Arc de Triomphe and, in this way, recreate a situation scenario within the space. Some architectural details of the apartment, such as the spiral stair, surface in a very peculiar manner in the gouaches hanging on the far wall. 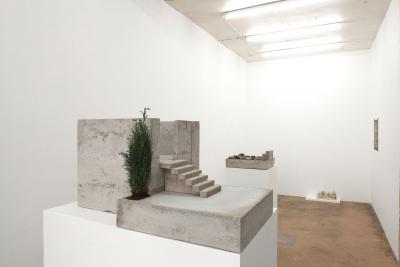 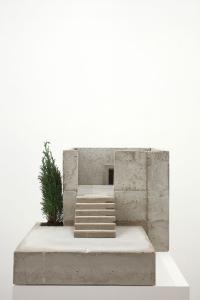 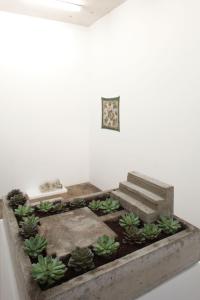 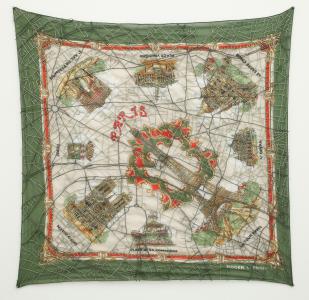 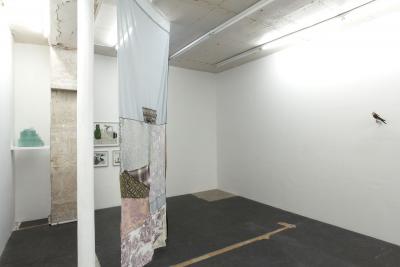 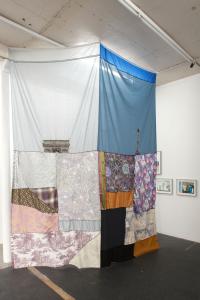 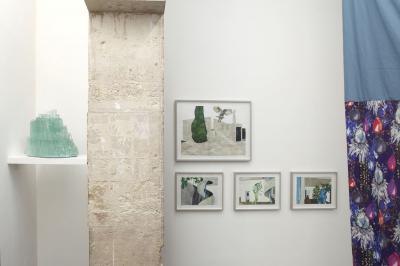 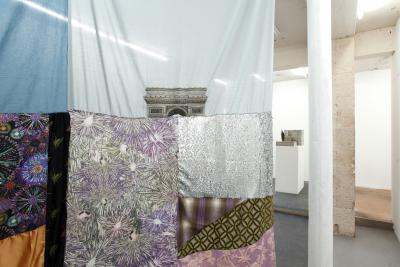