The Fogo Island Gallery presents a solo exhibition of works by Isa Melsheimer. The Year of the Whale features gouaches on paper and a hand-embroidered curtain made during her residency with Fogo Island Arts in Fall 2017. The works seek to trouble the complex, ever-evolving relationship of humans to the environment, suggesting a rebalancing of power structures and permeable boundaries between species.
Curtain (The Year of the Whale) (2018) is a seven-metre fabric curtain that captures the view from Melsheimer’s studio. Landscape elements are alluded to rather than depicted precisely: the outline of distant hills is barely sketched in, while a single wave crests over a rocky outcrop. Indigenous plants are rendered with the exactitude of botanical specimens. A codfish and a humpback whale appear, their presence heralded not as creatures observed but to underline their historical relevance to Fogo Island and its entanglement with the sea.
Melsheimer’s landscape evokes traditional Eastern perspective, creating a vertical sense of distance with areas left open to the imagination. The multiview-point imagery creates an embodied sense of space that is an accumulation of time and experience, conveying a feeling of the ocean and landscape, as well as the passage of time. The curtain eschews not only Western one-point perspective, but its implication of a rational, domineering gaze over the landscape.
Four gouaches depict iconic buildings encroached by rising tides and massive sea creatures. Set against dramatic darkened skies, these are human structures amidst an environment that is at once threatening and enthralling: enveloped in the tentacles of a giant octopus or confronted by a massive iceberg. Two gouaches portray a half-human, half-animal figure, the artist herself, perhaps, merging with local fauna.
Melsheimer’s depictions reflect larger concerns of the Anthropocene, the current geological epoch in which human activity has been the dominant influence on the environment. Reading Donna Haraway while in residence, Melsheimer’s works are informed by the scholar’s conception of the Chthulucene, an alternative to the Anthropocene, which Haraway critiques for continuing to privilege humans as the main actors of our age. The Chthulucene comprises “multispecies stories and practices,” contingent relationships in constant evolution. As Haraway writes, “we are at stake with each other.” Fittingly, the rich greens and browns of the rocks in the Fogo Island gouaches portray lichen, a complex life form that is itself a symbiotic partnership between two organisms.
Melsheimer’s works in the exhibition evoke ideas of embodied experience and interspecies dialogue, foregrounding unpredictable encounters and networked, “tentacular” thinking.


About Fogo Island Arts
Fogo Island Arts is a residency-based contemporary art venue for artists, filmmakers, writers, musicians, curators, designers, and thinkers from around the world. Since 2008, FIA has brought some of the most exciting emerging and renowned artists of today to Fogo Island, Newfoundland, to take part in residencies and to present solo exhibitions at the Fogo Island Gallery. FIA also presents programs in cities across Canada and abroad, including the Fogo Island Dialogues interdisciplinary conversation series, as part of its international outreach. FIA is an initiative of Shorefast, a registered Canadian charity with the mission to build economic and cultural resilience on Fogo Island. 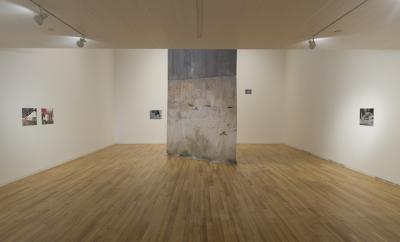 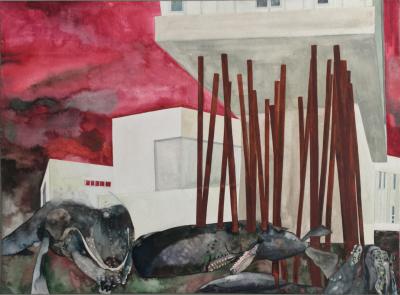 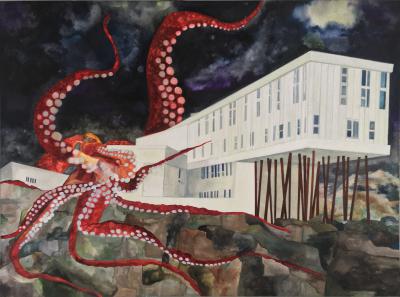 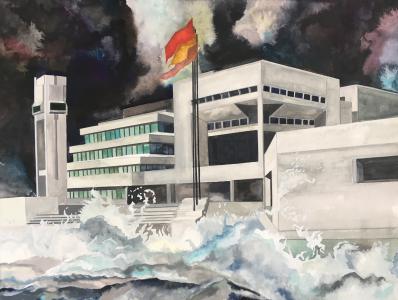 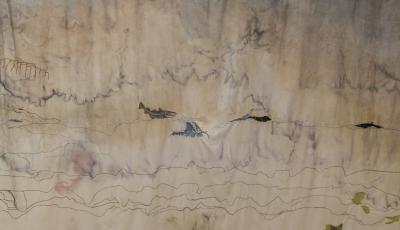