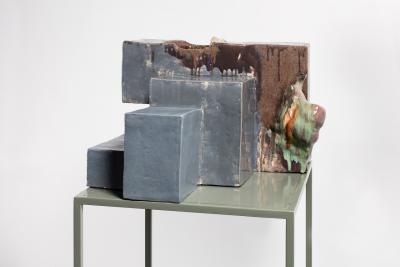 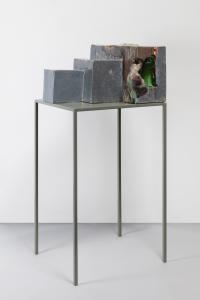 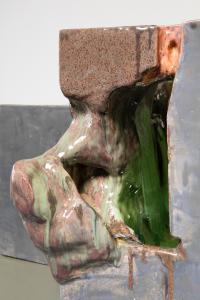 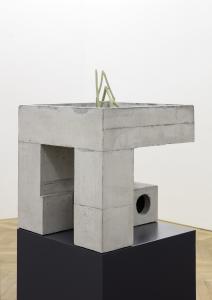 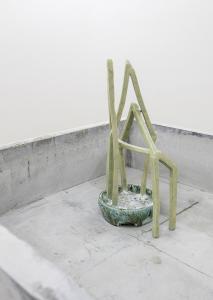 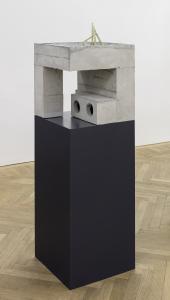 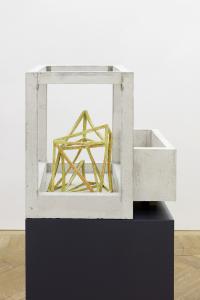 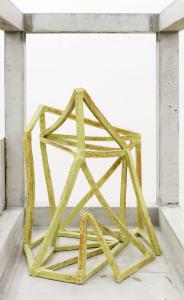 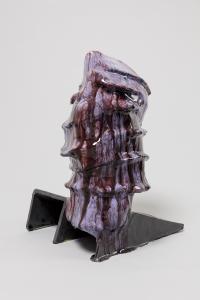 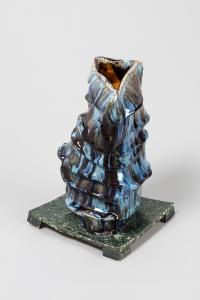 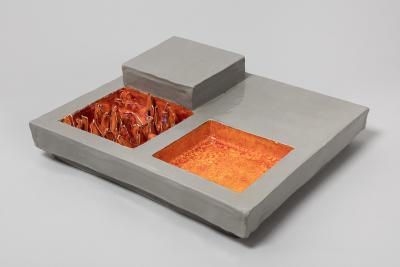 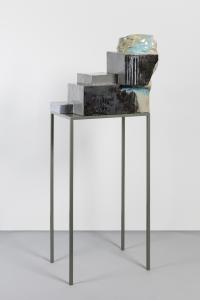 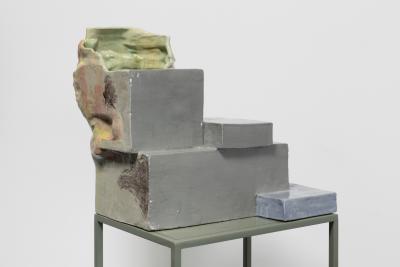 Esther Schipper is pleased to present Isa Melsheimer’s second solo exhibition with the gallery. Entitled Über die Dünnhäutigkeit von Schwellen, the exhibition includes new concrete and ceramic works. In addition to a suite of gouaches, the rooms will be altered by a network of threads addressing the changeability and fragility of space, both in general and in the context of the specific conditions of this exhibition space.
Known for her engagement with the history of architectural styles—especially the legacy of Modernism and of concrete constructions from the 1960s and 1970s, a style generally referred to as Brutalism—Isa Melsheimer’s works are expressions of her intense research as well as formal investigations. The artist acts as archeologist of often forgotten or neglected buildings, recreating their distinctive shapes both from her study and from her vivid re-imagining of the forms and the spirit of the structures. Even if the individual buildings are not all well known and therefore might not be immediately recognized, the formal language is familiar
and has become a ubiquitous part of the urban landscape. Her work seeks to examine the connotations of the building’s historical and architectural context, and the ideological connotations with which its materials, aesthetics, and functions may be imbued.
The concrete works in this exhibition take as points of reference Brutalist buildings that were neither popular nor critical successes and have subsequently been demolished.
In her gouaches of architectural sites Isa Melsheimer constructs small autonomous worlds, seemingly detached from their real- world settings. The artist often choses black and white source material showing the building in their original condition, that is, without signs of subsequent decay or dilapidation and without later architectural or landscaping additions. Isa Melsheimer effectively reimagines the colors of the buildings and their interiors, unrestrained by the strictures of verisimilitude. The impression of these structures existing in a self-contained, timeless space is further emphasized by the fantastic elements that appear in these environments: wild animals like foxes or porcupines, clusters of brilliantly colored crystalline formations and/or extravagantly dark starry night skies.
Isa Melsheimer’s glazed ceramics  and another kind of representation of architectural structures that depart in scale, material and color from their sources. Although their scale recalls the miniaturized and schematic appearance of preliminary architectural models, the material and colors add a fantastic, playful aspect, and even let the works appear akin to individual personages.
A large-scale installation using threads to create geometric shapes addressing the architectural conditions of the exhibition space will span both rooms. In 2015 Isa Melsheimer installed a similarly expansive network of threads at the Espace Culturel Louis Vuitton in Paris.
Both Isa Melsheimer’s object-based works and her gouaches take a certain amount of free license, sometimes containing elements of fantastic recreation, but are always infused with a deep understanding for their architectural sources. 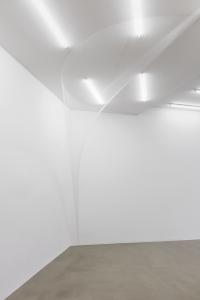 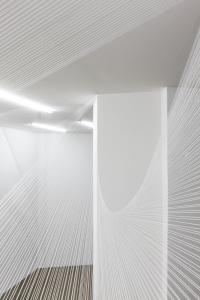 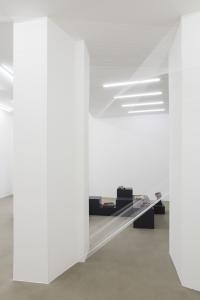 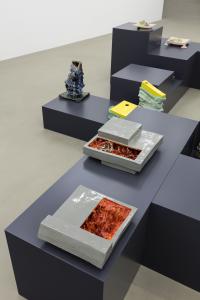 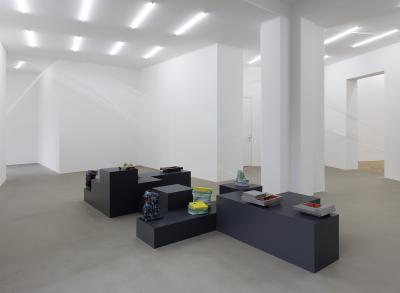 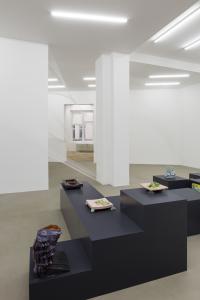 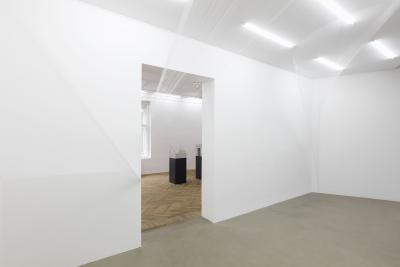 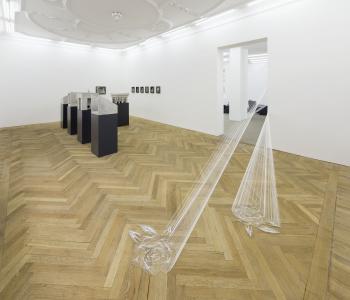 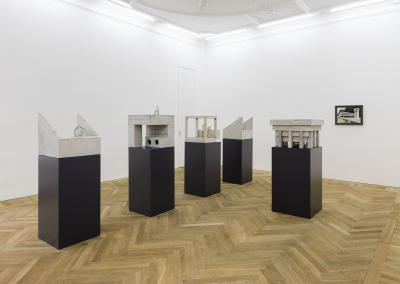 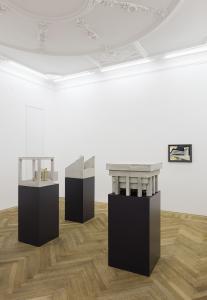