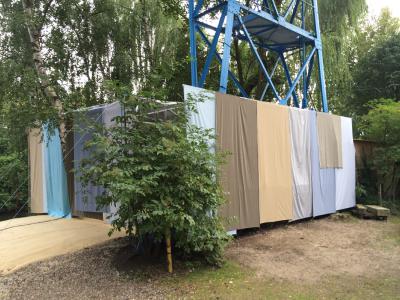 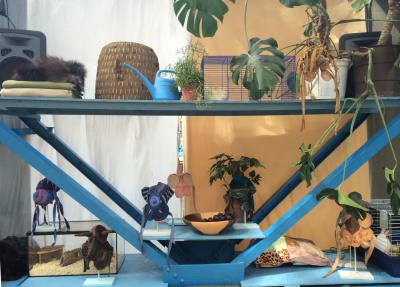 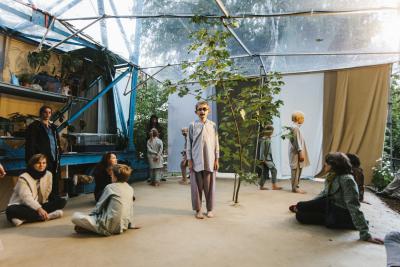 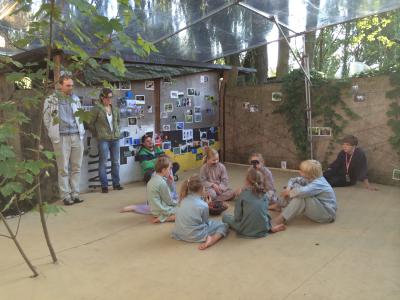 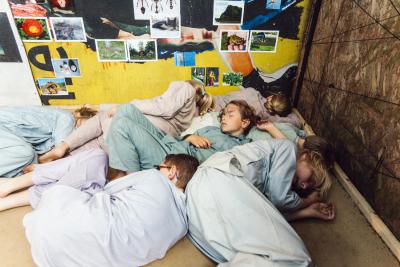 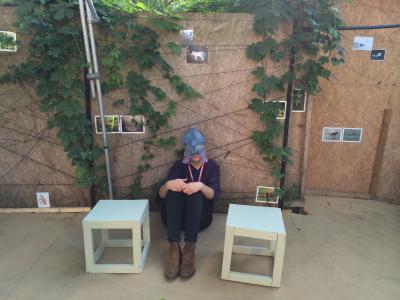 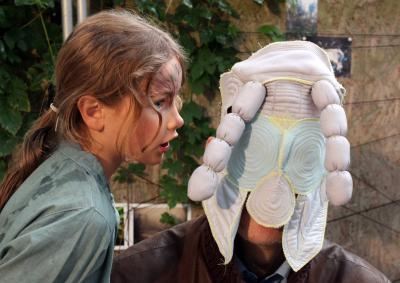 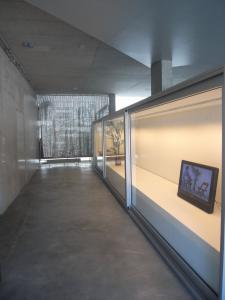 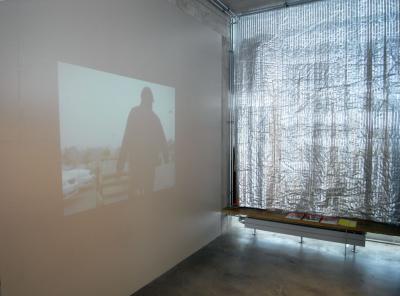 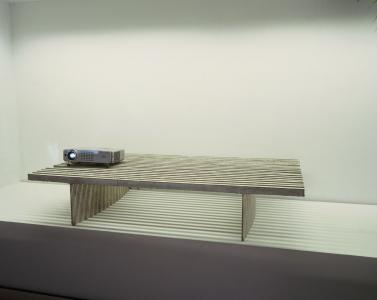 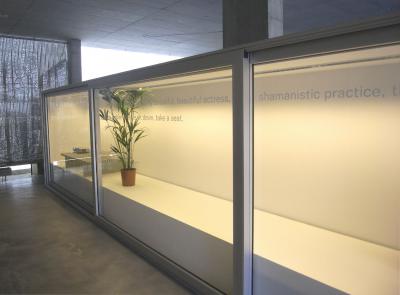 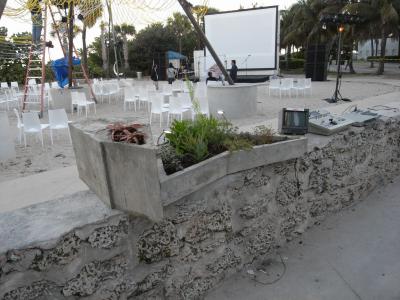 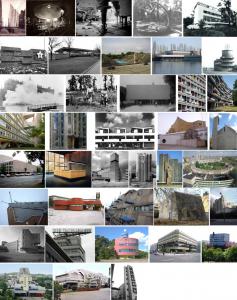 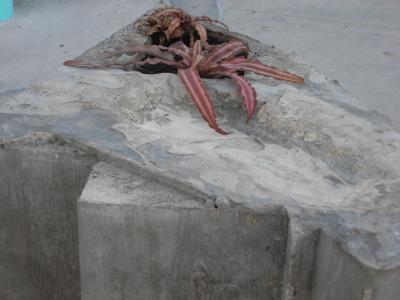 Dehydration reduces its volume: the shrinkage. Constant load causes its deformation: the creep. Its fluid does not drain off, rather is bounded as crystal water. Concrete is the artificial stone from which the utopian dreams of modern architecture arose. Reinforced concrete is the material that makes up the architecture of the Bibliothekswohnung. Here the artist Isa Melsheimer and the architect Arno Brandlhuber devote to their first solo show to their favorite material: concrete.
Both of them occupy one of the houses Arno Brandlhuber has built. The internationally acclaimed building is located in Berlin‘s Brunnenstrasse 9. Both facade and interiors show the concrete in an unusually uncovered manner. The architect who is well-known for his hyperkontextualistic style has incorporated the context of the place and its surroundings in the minimalistic house. The building offers low basic costs. The roof creates an artificial, walkable mountain landscape with a Japanese mountain cherry tree and numerous flower pots.

Isa Melsheimer thematisises with her sculptures, installations and gouaches abandoned residential buildings and places. The artist is mostly interested in how social relations are ordered by architecture. In her works architecture is scrutinized for its content of socio-political utopias and realities. Here, often the only inhabitants are plants: In pots, they are the living elements of her installations, they occur as wall papers and in the materials used, they draw through the embroidery fabric works or they can be found in modernist shaped vases in her gouaches. As if the world is deserted due to a desaster, nature has taken possession of architecture and has defined new standards.

For the exhibition at Bibliothekswohnung with Arno Brandlhuber Isa Melsheimer has developed a three-piece concrete object that functions as a planter. Its elements could be multiplied and added to a circle. The object relies on the construction material of the prefabricated building completed in 1989, where Anna-Catharina Gebbers | Bibliothekswohnung is located. Furthermore, the sculpture liaise with the flower pots in the yard and on a platform roof outside the window. Beyond that, Isa Melsheimer and Arno Brandlhuber have found plant pots made of concrete all over the world, and photographed them for their growing image archive of interesting architecture. For the exhibition at Anna-Catharina Gebbers | Bibliothekswohnung they have joined for the first time their image archives for a screening. In addition to some concrete pots there are mainly houses on view that attracted the formal interest of the artist and the architect: Architectural icons like Villa Malaparte which was built by Adalberto Libera, Le Corbusier's Villa Savoye and the private home of Lina Bo Bardi, but also buildings created by lesser known architects like houses in Kazakhstan's capital Astana, backyards in Kreuzberg and Isa Melsheimer collections of photos of , ruins, disasters and houses built on cliffs. Another element of the exhibition is a stack of books from Isa Melsheimer‘s and Arno Brandlhuber‘s library: These publications are here to invite visitors to further explorations of the issue ‘concrete’. 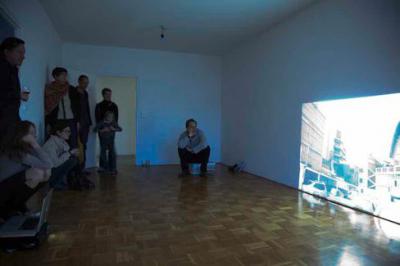 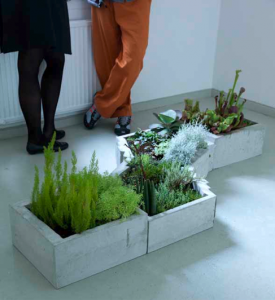 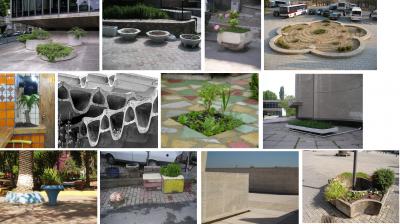 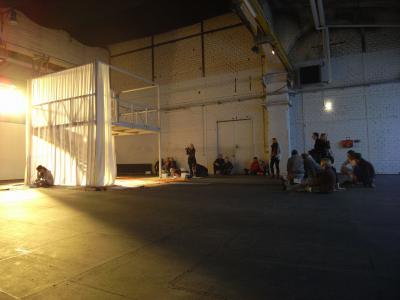 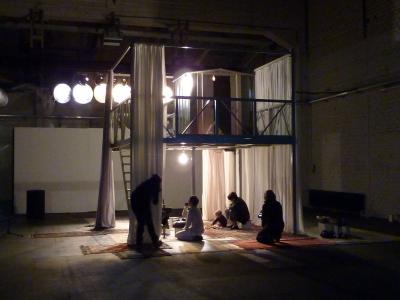 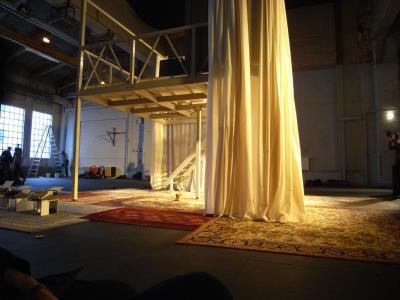 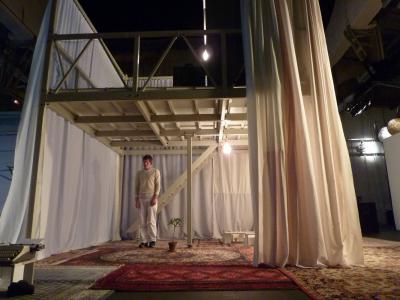 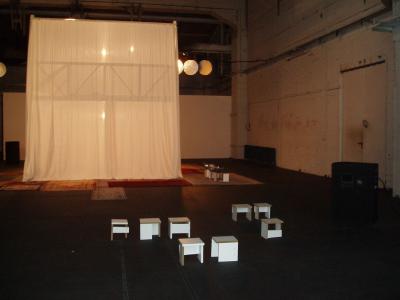